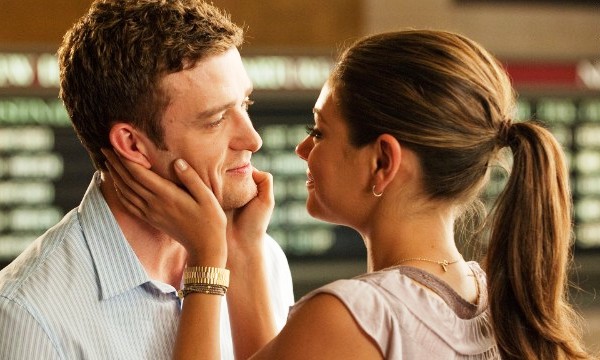 People who wanted to know if you could start out as friends and build on that form a relationship. He thinks that it is possible but as friends I said no. if you start as friends then stuck in friend zone. I think you both are right up to certain extent. Yeh, it’s great to start as a friend. In fact a lot married couple that I know that’s how they started as friends and then progress. It won’t happen unless both of you have an attraction. Both of you have to feel it. There has to be a spark because if there is not, it will never happen.

Sometimes I have seen that one person is really attracted to the other then the other one thinks of that person as a friend. Ya, it’s true. This is so-so common and its heart breaking because specially you are the one who is really attracted to this person and you think well I can change him or her. I know that someday we gonna have a relationship, I know we are just friends now but someday I know its gonna change.

If someone tells you that they only like you as a friend, believe them and move on. Don’t think its gonna change because it won’t. The attraction is there or it’s not. Then you can alright and say, why know someone, who they started as friend and one didn’t feel it for the other person and then all changed.

Sometimes if enough time passes but for the most part I really think either have that spark right there or it’s never really gonna happen. But I would not hold your breath, that’s what I am saying. Sure it gonna happen down the road, but if you sit there and you wait for this person, its time waste, a lot of time and energy just wasted. Waiting for something that probably, will never happen.

I have also seen this, that people they look at a situation. The way they wanted to be, not the way really is. If that’s the case step back, if you are feeling like no, this is not really working out the way I wanted to. Take a step back and look at it objectively. She is so receptive when I talk to her. She seems really interesting in everything I said. Ya, that’s also something that friends will do, so I guess what you need to look for.

If you want to determine does she like me as more than a friend. You need to look at does she seem to give you more attention than other people and then that’s the key here. Because if this girl is flirty and friendly with everybody. And she is like touching your shoulders and just saying out that you are very important to her and then she walks in the hall and she is doing the same thing to somebody else. but if you see that she treats you somehow differently, more special than other people. She gives you more of her undivided attention and you seem to be just everything to her. The world stops when she sees you. Whatever she is doing, she puts that thing as a side and you are the center of attention. Then ya, you got something there.

But remember there are a lot of people who are just super friendly and flirty to everyone. Watch up because you could misunderstand that. And you guys honestly when you met the right person there is no mistaking, you don’t gonna doubt it. Its gonna be there. And you gonna know and you both gonna know it, I promise.

Is It Worth Having An Extra-Marital Affair?

Love Story of sameer and neha

ABOUT US
Newspaper is your news, entertainment, music & fashion website. We provide you with the latest news and videos straight from the entertainment industry.
FOLLOW US
© Newspaper WordPress Theme by TagDiv